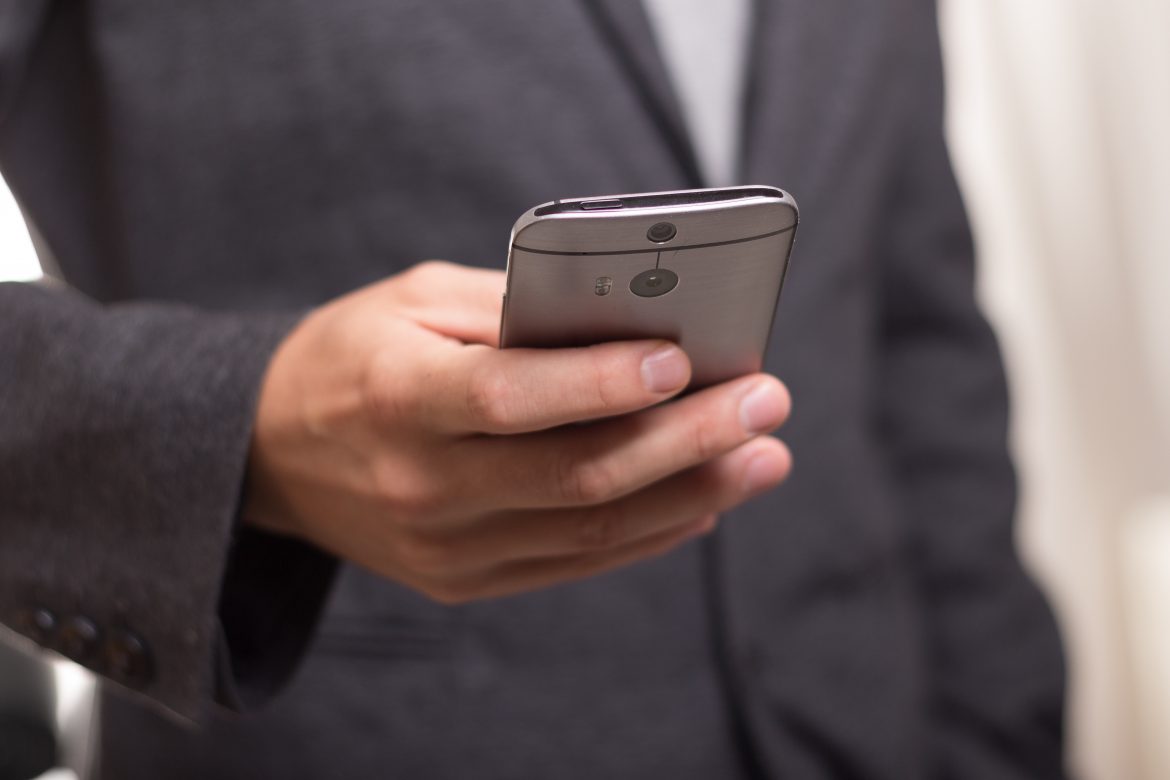 Home Blog 35 Extraordinary Labor Statistics in the US to Remember

35 Extraordinary Labor Statistics in the US to Remember

The US has had quite a few successful years when it comes to unemployment rates. They have been dropping in most states, and many sectors have recorded a healthy demand for new positions. Moreover, the latest labor statistics show that wages have also been on the rise.

However, there are certain unexpected and worrying figures. For example, there aren’t as many gig workers as experts believe. Average workweek hours seem to be constantly dropping. The demand for tech jobs in tech companies is falling and the number of jobs lost to automation is rising. Perhaps somewhat surprisingly, the highest in-demand job is personal care aide.

Staying up to date with the latest reports regarding unemployment and occupational employment statistics is crucial for both job seekers and employers. They’re also useful to future students who want to make smart decisions when choosing schools.

We have listed the 35 most important figures from the official job market statistics you need to remember in 2019.

2. Wages in the US noted constant growth over the past year and reached $23.46 per hour.

There were 7.3 million available nonfarm positions in the US on the last working day of June 2019. This figure is slightly lower than the 7.6 million jobs openings in early 2019. However, we should mention that 7.6 million was the highest number recorded in US labor statistics since December 2000.

4. 197 metropolitan areas in the US had unemployment rates below 4.0%.

Yuma, AZ and El Centro, CA were the US metropolitan areas with the highest unemployment rates in July 2019. Their respective unemployment rates, according to the latest US Department of Labor statistics, were 22.1% and 20.7%. Sierra Vista-Douglas, AZ recorded the worst year-over-year jobless rate increase of 1.2%.

6. In July 2019, Burlington-South Burlington, VT had the lowest unemployment rate of 1.8%.

Therefore, the unemployment rate of 3.7% in July 2019 was quite good. The Bureau of Labor Statistics unemployment rate graph shows that, in the past 12 months, the lowest rate of 3.6% occured in April and May. In contrast, January 2019 had the highest 12-month jobless rate of 4%.

When it comes to the last 12 months, the lowest employment rate of 60.3% was seen in December 2018. It jumped over the following two months, when it was either 60.7%. According to the latest reports, there were 327.17 million employed individuals in the US.

The latest BLS records reveal that Vermont had the lowest jobless rate of 2.1% as of July 2019. Vermont is one of the 14 states with unemployment rates under 3.7%. In addition, Vermont saw its jobless rate decrease by 0.6% compared to its July 2018 rate. The Green Mountain State is followed by North Dakota (2.4%) and New Hampshire (2.5%).

10. Alaska was the state with the highest unemployment rate in July 2019.

The Bureau of Labor Statistics points out Texas, California, and Florida as the states with the largest job gains. Their respective year-over-year gains in July 2019 were 323,300; 311,800; and 227,200. However, Nevada and Utah noted the highest year-over-year percentage gains in nonfarm payroll employment, with 3.1% each. Washington and Idaho also recorded positive employment rate changes of 3.0% and 2.8%, respectively.

14. Job creation statistics shows that pay for production and nonsupervisory positions is lower.

It comes as no surprise that the average earnings for production and nonsupervisory positions in the US are lower. For instance, the respective real average hourly and monthly earnings were $9.39 and $314.67. Nevertheless, both segments improved from their July 2019 results for respective 1.6% and 0.7%.

December 2018 noted a nice over-the-month growth of 312,000 nonfarm jobs. Moreover, the year-over-year nonfarm employment increase was an impressive 2.6 million. These figures reveal an upward-moving trend when you keep in mind that the job gain in 2017 was 2.2 million.

16. Education and health services, leisure, and hospitality added the most jobs in 2018.

With 82,000 new jobs, education and health services were the sectors with the highest number of new jobs in December 2018. This sector performed well on a yearly basis, too, with an extra 346,000 new employees.

2018 was good in terms of average hourly earnings changes. This year, this segment improved by 3.2%. In December, more precisely, the average hourly payroll jumped by 11 cents.

General Job Search Stats in the US

18. 79% of all job seekers in the US use social media when looking for a job.

Social media has become a crucial part of the job-seeking process in the US. In fact, 79% of Americans who seek employment use social media for this purpose. Here, LinkedIn remains the most powerful tool that connects recruiters and employers with potential employees.

Let’s take a look at the job stats related to interns. First, interns note an offer rate of 70.4%, which is not bad. Second, their acceptance rate is a promising 79.6%, with a conversion rate of 56.1%. Lastly, there is an improvement of $0.32 in interns’ average hourly wage. Today, their average hourly rate is $19.05, and this represents an all-time high.

In 2019, co-ops seem to have slightly worse results than interns. Specifically, the US job statistics reveal that their offer rate is only 50.2%. The acceptance rate of 79.3% for co-ops is marginally lower compared to the one for the interns. However, the conversion rate is also much lower at only 39.9%. On the other hand, co-ops have it better when it comes to the average signing bonus. More precisely, they earn $3,546 on average, while interns get only $2,580.

21. Almost 90% of employers applied diversity efforts to their recruiting programs.

Projections show that employers expect to hire about 10.7% of graduates from the class of 2018. That’s lower by about 6% compared to the original ones released at the end of September 2018. However, for the first time since 2011, the projections show a double-digit figure. So, even though they’re lower than expected, these US labor statistics reveal positive hiring trends.

23. 37% of candidates tend to avoid companies without an online presence.

Online research of potential employers plays a huge role in determining whether candidates apply for a position or not. In fact, in 2016, 64% of job seekers admitted to researching potential employers online. About 37% wouldn’t bother applying for a job offered by a company without an online presence.

24. 91% of companies choose candidates with some work experience.

In terms of the most in-demand degrees in 2019, computer science leads the way with 61%. With career trends showing that app software developers are the fifth most in-demand job, this seems like a smart move for Americans. Business and engineering degrees come next with respective demand of 56% and 54%.

It’s interesting to note that the most in-demand job, with 777,600 open positions, is a personal care aide. The average salary for this job is $25,090. Personal aides don’t need to meet any special educational requirements, but employees often find patient care technician training helpful.

27. Solar energy technicians represent the fastest-growing job with a 10-year jump of 105%.

Solar energy technicians and wind energy technicians saw respective increases in demand of 105% and 96%. This will make them the fastest-growing jobs in the period from 2016 to 2026. Other trending jobs during that period will be home health aides (47% jump), personal care aides (39% jump), and physician assistants (37% jump).

Experts expect the number of employed Americans to improve for 11.5 million during 2016–2026. In 2016, there were 156.1 million employed individuals and this number is expected to reach 167.6 million by 2026. Moreover, the latest job trends for the next 10 years reveal that health care positions will contribute the most towards this expansion.

29. AI talent is in high-demand, and 83% of employers struggle to retain AI employees.

Many feared that Artificial Intelligence could create a shortage of jobs. Instead, it seems that AI is creating positions for AI talent. In the US, Amazon, NVIDIA, and Microsoft have the most open positions for AI specialists. Their respective presence of posted AI jobs on Glassdoor is 13%, 6%, and 4%.

And yet, the latest job market trends 2019 studies show that employees have a hard time finding candidates. More precisely, two-thirds of companies with such positions struggle when it comes to filling out AI openings. Moreover, 83% admitted to not being able to retain their AI employees.

30. Women hold approximately 10% of the leading executive jobs in America.

There is still a lot of room for growth when it comes to women holding leading corporate positions. Only 10% of the top executive jobs in the US are held by women. The latest job trends show that women hold only 5% of chief executive positions in the S&P 1,500 companies. However, in 2018, the rate of female CEOs in Fortune 500 companies dropped by 25%.

Everyone expected the gig economy to be responsible for a large share of the total employment rate in the US. However, a Bureau of Labor Statistics jobs research discovered only 1.6 million gig workers. In other words, gig workers hold only about 1% of all jobs in America.

Typically, these people use online platforms or apps to find gigs. A total of 31% of gig workers offer professional services, and 22% work in transportation. Information and finance sectors are the least popular among gig workers, with respective rates of 4% and 3%.

32. 43% of the openings in tech companies are non-tech jobs.

The tech industry has been a real job-creation machine over the past decades in the US. However, the demand in such companies is slowly shifting, as future job market trends suggest. More and more tech companies have administration and marketing roles to fill.

As a result, in 2019 about 43% of all the openings were actually non-tech jobs, while 57% were tech positions. About 3.2% of the non-tech openings in tech companies are for account executives, and around 2.3% of the jobs are for project managers.

Judged by the stats from 2018, machine learning engineer jobs should be huge when considering career trends in 2019.

In the period between 2015 and 2018, the job postings for this position noted a massive jump of 344%. Moreover, the average base salary for this role was $146,085, which makes it a profitable option, too.

A quick glance at the 2019 job trends in the US shows that the times are changing. The demand for certain roles is slowing down, whereas unexpected positions start to gain popularity. This year is huge for diversity hiring trends and female professionals. At the same time, there’s modest workforce growth and generally shorter working hours.

These fascinating stats and facts show that the job market is changing alongside the economy. Therefore, both candidates and employers must follow the latest trends in order to keep up with this fast-paced sector.

Due to his past experience in digital marketing and content writing, Darko is the person in charge of creating a well-thought content strategy that will provide valuable insights and engage all visitors of WhatToBecome.

18 Remarkable Employment Statistics and Trends to Know in 2019

College Tuition Increase Stats and Facts You Need to Know

27 Fascinating Facts About the US College Dropout Rate

21 Inspiring Small Business Statistics In the US

College Sport Scholarships – Play Sports and Study in the US

33 Sexual Harassment in the Workplace Statistics